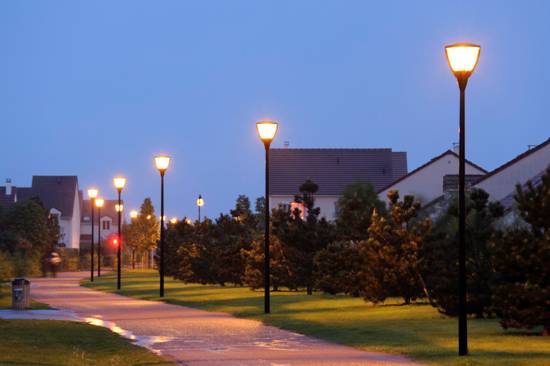 < Back to Case studies overview

A collective effort among six cities in the south of Paris to improve energy efficiency, enhance lighting services and road safety has led to large-scale streetlight renovation projects that are transforming how local municipalities invest in themselves by utilizing future-proof technologies.
With the assistance of SPIE, the independent European leader in the areas of energy and communication services for municipalities and corporates, the cities of Saintry, Tigery, Morsang, Saint-Pierre, Moissy and Savigny entered into three Public-Private Partnerships (PPP) in 2008, 2011 and 2013 for the renovation and ongoing maintenance of a total of 15,000 light points over the next 20+ years 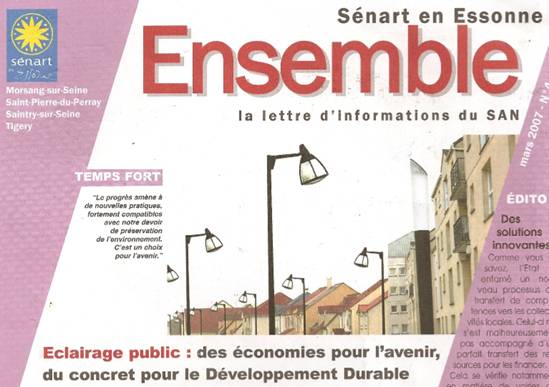 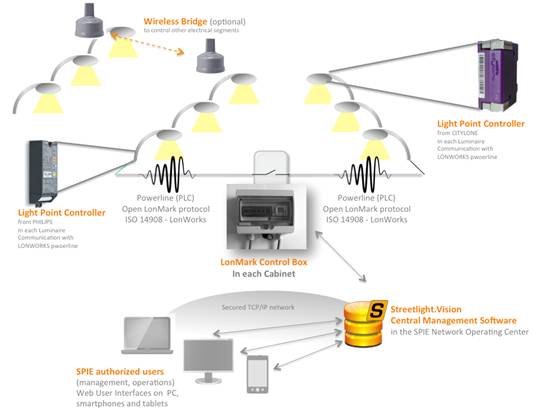 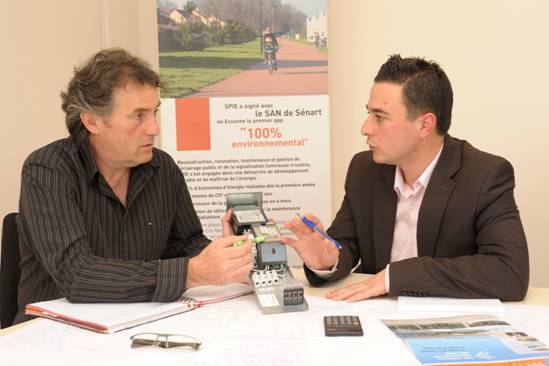 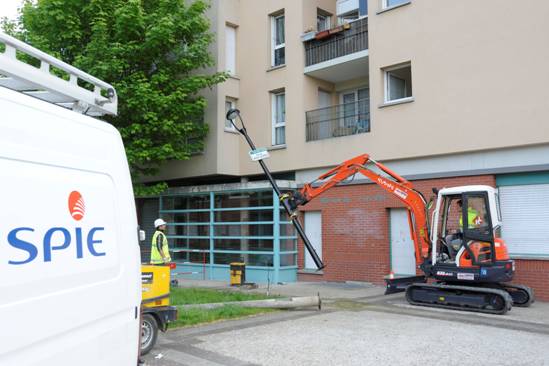 Economic feasibility was the first challenge the project faced. Most European cities are not allowed to invest on their own, even for energy saving systems that would provide a fair return on investment and position them in a safer financial situation in few years. Only a large private company with massive expertise in streetlight management such as SPIE could propose a successful financial contract where the resulting savings would pay for the retrofit of all the luminaires.

Despite the fact that France has amongst the lowest price of kWh in Europe, SPIE could demonstrate that such PPP contracts are profitable for both the company and for the cities by utilizing a professional streetlight control system based on the Streetlight. Vision central management software and the LonWorks® network technology that unites multiple suppliers of light point controllers into an open, scalable solution.

“Thanks to the expertise of SPIE and the streetlight control solution they selected on our behalf, we could reduce energy consumption by more than 50% as well as tons of CO2. The public private partnership we signed with SPIE is a success and a model for other cities and future generations”, said D. Verots, President of the SAN Sénart en Essonne that groups the cities of Saintry, Saint-Pierre, Tigery and Morsang.

Available technologies posed the next set of challenges. The first PPP project for the cities of Saintry, Saint-Pierre, Tigery and Morsang was signed in 2008 and the streetlight network had to be renovated in 2009. At that time, there were mainly proprietary streetlight control systems on the market, and many of them already showed major limitations. But SPIE needed a robust, longterm solution that would still exist and be maintained throughout the 20+ years of the contract. Although the LonWorks control platform had been widely used for more than a decade, there were only three companies delivering LonMark-certified streetlight controllers in 2008, and none of them had a large proven project at that time.

SPIE made the right choice when selecting an open multi-supplier system based on an existing proven protocol supported by several streetlight controllers that would allow for remote monitoring of every single light point on the cities’ streetlight network. Thanks to the skills of the SPIE technical team, a strong project management team within SPIE, the robustness and openness of the LonMark control platform, and the support of Streetlight. Vision’s experts, the first project with Saintry, Saint-Pierre, Tigery and Morsang proved to be a major success and a key factor in helping SPIE secure the other two PPP projects in Moissy and Savigny.

It was critical for SPIE to employ an open system in order to avoid being trapped into a proprietary system. In such a situation SPIE would have been dependent on a single-source supplier for 20 years, the duration of the contract, or worse yet, be back to square one if the single supplier failed, as it happened to another contractor in another streetlight PPP project in France. With the assurance that they could chose products from multiple vendors and have new products available from other vendors in the future, SPIE selected the best product for each area in the city and each type of luminaires they would deploy.

With the LonWorks open platform, SPIE could begin the project with a first-model of Streetlight Controller and extend their installation with another model that utilized more modern technology when it was released at a later date. SPIE initially deployed the PHILIPS Starsense powerline product in the first PPP and the CITYLONE SL31 light point controller in later projects. Both products are certified LonMark devices which guarantees products are interoperable, can communicate with each other, be controlled by the same Segment Controller, and exist on the same Central Management Software from Streetlight.Vision.

“The robustness of the LonWorks solution and its simple installation and configuration helped our team to be fully autonomous in the deployment and the maintenance of the system, saving a lot on the total cost of ownership and securing our profits on our PPP contract. Moreover, the success of the first PPP project enabled us to win the two additional PPP projects with Moissy and Savigny, giving our company competitive added-value against our competitors,” said C. Bacque, project manager at SPIE.

To facilitate either remote or onsite management of each streetlight, a segment controller is delivered in a control box, packaged with a 3-phase meter and a modem. Features such as programming the ON/OFF of the main supply with the embedded astronomical clock and identifying segment failures are attributed to permanent metering of the current, voltage, power, power factor and harmonics on each electrical line of the streetlight cabinet.

SPIE selected the Streetlight.Vision Central Management Software to manage, analyze and maintain all the citywide control systems. Web-hosted by SPIE’s IT department in a secured data center, the management software constantly collects data from all the control boxes and each individual streetlight controller to identify and generate alarms and reports for SPIE users, management and operations. SPIE operations benefit from real-time control with the ability to investigate any situation before triggering onsite trips, saving on maintenance cost while enhancing the maintenance service level. 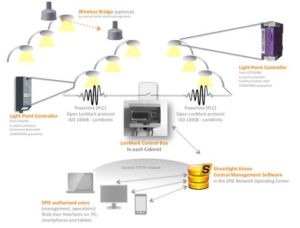 The project has been overwhelmingly successful for the six Parisian municipalities. The cities are meeting their objectives in improving energy efficiency and environmental responsibility with:

• 52% energy saving on the energy invoice

• Improved lighting services and safety on the road

With the expertise acquired from the first deployment of the LonWorks-based solution, SPIE became expert into streetlight control systems and has since gained a major competitive advantage over other streetlight maintenance companies. As a result, SPIE is increasing their market share in the region by demonstrating their added value to other cities.